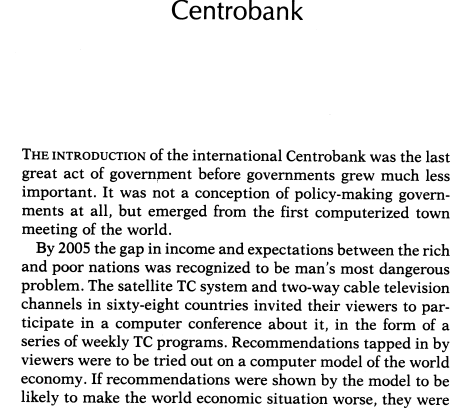 here is a summary of worldwide end games - if you see anyway of constructively sharing it please mail chris.macrae@yahoo.co.uk

instead mainly 7 white empires /slave traded/genocided/colonised other peoples lands ending in world wars -as far as asa goes london was the far the worst; it is estimated  by economists advising gandhi that trade around the quarter of people living on the indian subcontinent was 80% taxed by london over centuries- compound consequences of that trapped most asians in poverty without access to electricity grids

1945 saw second lasr chance to end extinction - arguably united nations and human relations up to 1962 but assassinations of kennedy and medgar evers in states seem to have caused us optimism- so wondrous from 1890-1960 - to be replaced by negative media as well as loss of progress on  progressing racial equity- and eu common agriclultural policy ended any chance of progressing development of med sea connected developing nations; as did misperception of strength of ussr- and failure of transparency of aid to former dev countries

in more detail from the far east, japan copied the awful habits of white empires between 1850-1945 but after world war 2 gave back with 2 models around which all asians could rising staring with korea south taiwan, hk, singapore, diaspora chinese - see economist surveys on asia between 1962-1977 at ww.normanmacrae.net

somewhere in the 1990s the worldwide web as the smartest way of mediating concerns of people got lost to advertising - when amazon in 1994 started commercial web transactions they drowned out ant chance of knowledge webs sharing top place - could there have been some kind of ways of keeping ad-led webs and life-critical knowhow webs searchable separately; because this wasnt done (nor mobilised when apps could have offered a second chance at segmentation, nor so far segmented when ai offered a final chance) education itself never seriously started using virtual modes until covid shut real modes down - instead of our books plea that educators smoothly experimented with virtual over the 30 years of worldwide web, we humans have very low trust nd love of each other compared with 2020s sustainability needed to be